In 2017, CRS and our founding partner, Lumos, joined forces in Moldova to create Changing the Way We Care, a global movement to end the culture of orphanages while promoting family based care for every child.

Moldova is one of Europe’s poorest countries. In 2006, it had one of the highest numbers of orphanages in Europe. However, most of the children living in the orphanages were not orphans but were separated from their parents by poverty.

Despite experiencing political instability and financial crisis, the country has made a major change, transforming the lives of thousands of children. CRS and Maestral’s founding partner Lumos was a key partner with the Moldovan government, along with other donors and civil society organizations, in passing the Action Plan for 2016-2020 and for implementing the Child Protection Strategy for 2014-2020.

Lumos’ work in Moldova created new policies, strategy, legislative change, and capacity building. Lumos also led in the development of a national strategy of inclusive education. This was essential, as many disabled children were separated from their parents to live in residential homes, often far from home. 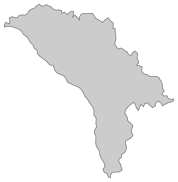 Other Ways to Get Involved

Every child deserves a family and together we can Change the Way We Care by getting involved. There are many small ways YOU can make a difference!

Choose how to get involved

Do you support an orphanage overseas? Did you know that by trying to do good you may unknowingly be supporting a harmful and growing industry? Contact us to learn how to you can change the way YOU care.

We use cookies on this site to recognize your repeat visits, to measure our effectiveness, and analyze traffic. To learn more, including how to disable cookies, please view our cookie policy. By clicking agree below you are giving your consent for us to set cookies unless you have disabled them.Agree and Close